Geoffrey Roberts is professor of history at the University College Cork, Ireland. He is a frequent contributor to British, Irish and American newspapers and to popular history journals and he has acted as a consultant for a number of TV and radio documentaries. His publications include Victory at Stalingrad (Longman/Pearson, 2002) and The Soviet Union in World Politics (Routledge, 1998). 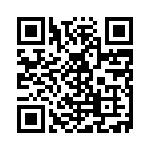