(pp. 390-415). A criticism within the medical profession concerning the merit of governmental investigation (or sattistical investigations) vis. medical practice.
"So glaring was the unfitness of these questions to the purposes of the inquiry, and so strongly did they outrage public feeling at the time, that the eulogist of the Government felt himself called upon to visit them with a deprecating sentence or two in his eloquent exposé of " What have the Ministers done?" These are the questions also which, with their tables attached, were printed and issued to the District Commissioners in such prodigious masses, that the post in Scotland, as we learn from high authority, absolutely broke down under their weight, and thereby interrupted the correspondence of the country for several
hours. But after all, the best comment upon these impracticable and purely theoretical instructions is, that of the cartloads of blank printed tables and queries transmitted to the District Medical Commissioners, not even one solitary, filled up specimen appears in any of the Reports.
This attempt to tack on a theoretical scheme of general statistics upon a specific, practical investigation was ill-judged, to say the least of it, and might have been fatal to the succčss of the Commission. But on such occasions as these, the proper objects of inquiry arc too plain to be mistaken, and indeed almost all instructions are fortunately compressible into a small compass ; whatever may be the extent of paper over which they are spread. In the present case all that was essential in the thirty-five pages already mentioned, may be found in the three following sentences or headings, which might with advantage have been condensed into one. The Medical Commissioners are told to investigate —
1. "The actual condition of the manufacturing population (including children and adults) relatively to health and disease." p. 7.
2. " The present condition of the manufacturing population (including children
and adults) compared with its condition at former periods." 12.
3. " Comparative state of the children of the same age and class, in the same
district, not factory children." 13.
The object which the locomotive Commissioners felt themselves obliged to keep in view, and that to which the terms of their commission expressly bound them was, " to collect information as to the employment of children in factories, and as to the propriety of curtailing their hours of" labour." This brief instruction inculcates, so far as the Medical Commissioners were concerned, the necessity of ascertaining the effects of factory labour upon the health and growth of children so employed, with the view of suggesting remedies for such evils and
abuses as might be found to exist in the present mode of conducting such labour. We shall now take our leave of the official instructions, and proceed to examine the methods actually adopted by each of the four District Medical Commissioners, in conducting their inquiries, with the facts elicited by these gentlemen, as set forth in their respective Reports. 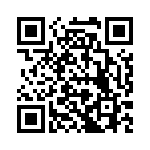