Page 74
For I am a man under authority, having soldiers under me: and I say unto this
man, Go, and he goeth; and to another, Come, and he cometh; and to my servant,
Do this, and he doeth it. When Jesus heard it, he marvelled, and said to them that
...
Page 87
And when he cometh, he findeth it swept and garnished. Then goeth he and
taketh to him seven other spirits more wicked than himself, and they enter in, and
dwell there; and the last state of that man is worse than the first. And it came to
pass, ...
Page 96
And as soon as he was come he goeth straightway to him, and saith, Master,
master; and kissed him. And they laid their hands on him, and took him. And one
of them that stood by drew a sword, and smote a servant of the high priest, and
cut ...
Page 242
Cursed is he that putteth his trust in man, and taketh man for his defence, and in
his heart goeth from the Lord. Answer. Amen. Minister. Cursed are the unmerciful,
fornicators, and adulterers, covetous persons, idolaters, slanderers, drunkards, ...
Page 366
3 For when the breath of man goeth forth he shall turn again to his earth ; and
then all his thoughts perish. 4 Blessed is he that hath the God of Jacob for his
help : and whose hope is in the Lord his God; 5 Who made heaven and earth, the
sea, ...

Kindle Edition: Not quite as easy to use as I had hoped. Looking for a specific prayer in the Table of Contents proved to be somewhat difficult and time-consuming. True pagination absent: page search ... Read full review

Yet another version of the BCP, this one the first I ever got. It was a gift upon my Confirmation from my Mom...it's teeny-tiny, but very useful for traveling. Read full review 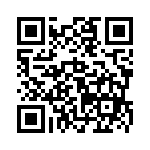