Below is an extract from 'The Winner of Sorrow' by Brian Lynch (New Island Books) which refers to Cowper and Bull translating Motte Guyon. The other character is Lady Anna Austen, who loved Cowper and was rejected by him at the behest of Mary Unwin, the TW (Turkish Wrestler) disparagingly referred to at the end of the extract.
Yield to the Lord, with simple heart,
All that thou hast, and all thou art;
Renounce all strength but strength divine,
And peace shall be for ever thine –
Behold the path which I have trod,
My path, till I go home to God.
‘Well, Taureau, is that well done or ill?’ Cowper asked when he had finished reading, but not for the first time Mr Bull was too near to tears to speak immediately, so he nodded vigorously and, with equal vigour, began to knock the dottle out of his pipe on the heel of his boot.
‘And you, madam, you are, I see, amused?’
‘Yes,’ Lady Austen said, ‘I am, a little.’
‘And why, pray?’
‘Oh, it’s the circumstance,’ she said, putting her hand momentarily on Cowper’s thigh and indicating with the slightest movement of her head Mr Bull’s great shoulders heaving with emotion. ‘I mean,’ she went on, ‘that while the translation is more than adequate – indeed the English is, I think, better than the French – wouldn’t you agree, Mr Bull?’
‘No,’ Mr Bull said. ‘They are a match, a perfect match.’
‘Well, that is another day’s work, I will fight with you on that, sir.’
‘Oh come along, miss,’ Cowper said, ‘what I want is the point of your amusement.’
‘Where was I? Oh yes, the circumstance that amuses me at any rate, though not of course Mr Bull, is the notion that Sir Cowper here and Madame Jeanne Marie Bouvier de la Motte Guyon there should be confused one with the other, as far, I mean, as Christian doctrine is concerned.’
‘I think I have guarded against that in my translation. She is indeed sometimes guilty to a degree of –’
‘Guilty?’ Mr Bull cried. ‘What do you mean guilty? She is as innocent as the day is long. What is she guilty of, Mr Cowper, I insist upon being told.’
‘Oh, Taureau,’ Cowper said, ‘I beg of you, don’t charge at me here. The place is far too small.’
‘But what is the fault that you find in her?’
‘Well, she does incline occasionally to treat the Deity familiarly –’
‘As if she knew him personally,’ Anna said.
‘– and without paying due attention to His majesty –’
‘Which could never be said of Notre Seigneur.’
Cowper laughed but frowned inwardly. Mr Bull frowned outwardly and thought, I really do not care for this lady. Which disapproval was for him very unusual.
‘Well,’ Cowper said, ‘it is a wonderful fault for such a woman to fall into.’
‘Oh!’ Lady Austen said. ‘Oh really, a woman!’
‘She’s French, isn’t she?’ Cowper said quite sharply. ‘That’s an adequate explanation for most failings that I know of.’ And then, because Mr Bull was beginning to rake the floorboards with his hoof, he added, ‘But I venerate her piety most tenderly, you know, almost as much as I value our friendship.’
‘Well,’ Mr Bull said, half-mollified, ‘I admit some peculiarity in her theological sentiments, but to infer that you share them, why that would be almost as absurd as to suppose the inimitable translator of Homer to have been a pagan.’
‘Inimitable!’ Cowper cried. ‘You can’t mean Pope, can you? The man was a machine, a disgusting machine!’
And they would have been off again but for Lady Austen putting her hand on Cowper’s arm and whispering into his ear, ‘The TW is upon us.’ And there was indeed the sound of footsteps and then the door was torn open. 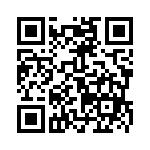