This is very well written. The main character believable and likable. The story is down right scary unless ghosts without chain saws and claws aren't frightening. Great atmosphere. The setting is a character unto itself.
Highly recommended for those who like a little subtly in their scares.

Susan Hill was born in Scarborough, United Kingdom on February 5, 1942. She received a degree in English from King's College in London in 1963. Her first book, The Enclosure, was published during her first year at university. She worked as a freelance journalist between 1963 and 1968 and has been a monthly columnist for the Daily Telegraph since 1977. She founded her own publishing company, Long Barn Books, in 1996 and publishes a literary magazine called Books and Company. She has written works of fiction and non-fiction as well as children's books. She also edits short story compilations. Her works include Gentleman and Ladies, A Change for the Better, The Woman in Black, The Mist in the Mirror, and the Simon Serrailler Crime Novel series. She has won numerous awards including a Somerset Maugham Award for I'm the King of the Castle, the Whitbread Novel Award for The Bird of Night, the John Llewellyn Rhys Prize for The Albatross, and the Smarties Prize for Can It Be True? 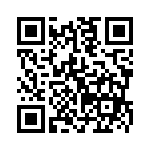