Great book on celebrating the Sabbats. I'm not sure on the historical accuracy but its easy to read (I read it in 2 days) and has tons of great ideas and instructions . It also has a convenient list ... Read full review

A good book with great suggestions on how to celebrate the Sabbats. A must for your library whether you're Pagan or simply curious. Read full review

Edain became a self-initiated Witch in 1981 and was an active part of the Pagan community since her formal initiation into a large San Antonio coven in 1983. Edain had researched alternative spiritualities since her teens, when she was first introduced to Kabbalah. Since that time, she studied a variety of magickal paths, including Celtic, Appalachian folk magick, and Curanderismo, a Mexican-American folk tradition.

An alumnus of the University of Texas with a BA in history, she was affiliated with several professional writer's organizations and occasionally presented workshops on magickal topics or worked individually with students who wished to study Witchcraft.

Edain was the author of over fifteen books, including Bewitchments, Enchantments, and Ostara: Customs, Spells & Rituals for the Rites of Spring. 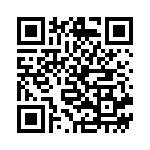