Page 141
leaders are to be found in the House of Peers , as , for example , Mr . Wakatsuki ,
who was for many years leader of the Kenseikai ( now called Minseito ) , one of
the two main parties , and is still one of its most active members . The largest of ...
Page 297
It would be well , also , if the leisured classes , as they are called , who can enjoy
the easier indulgences of life would more evidently justify their usefulness ; for
the impressions given of the idle rich , ' as also they are called , basking in ...
Page 408
... he detects the harshness of falsity more speedily than most ; and his sharpest
thrusts are against ' united piety and stupidity and their foster - child cruelty , '
those effects of a narrowness of mind where largeness and charity are called for . 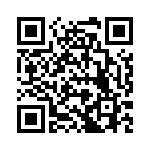