Page 12
3.341-46 ) seems adequately illuminated , in particular with regard to the
meanings of legere and cantare , by the passages just quoted from Pliny , Martial
, and Juvenal : atque aliquis dicet “ nostri lege culta magistri carmina , quis partes
...
Page 176
Third , it would seem at first sight to be most likely that all three men were
proconsular legates , since this is the only ... thus it seems best , at least for the
present , to assume that Varus , Cordus , and Niger were not proconsular legates
. Next , it ...
Page 382
If the more general eaning suggested by etymology suits the context in both early
and later writers , it seems perverse to refuse this easy solution . It was and still
remains my contention that all passages in which the word prophasis occurs can
... 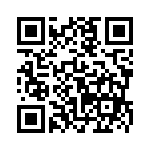