Page 200
You have reached your viewing limit for this book.

On page 289 the author music that "Elvis fails to pull off a realistic portrayal"....
That's funny .... because in contrast, Elvis was honored by the Native American community for his realistic portrayal after the film.
And because of that film, as well as later in his careet Elvis having many of his jumpsuits in the seventies tailor-made to show and honor some of his Cherokee Indian roots, he has been respected by many in the Native American culture throughout the decades as an icon that was proud to identify with his native American roots.
The authors comment comes off as more typical American snobbery towards Elvis. The fact that many critics of the day admitted up to that point due to Elvis's other film scripts, they hadn't really seen Elvis show enough range to be considered legitimate, but that was one of the films that garnered him new found respect from some critics. This is at least worth noting when people talk about this film. The fact that the author is unaware of this, or didn't mention it if they were, makes their opinion.... suspect.

Page 200 - We are convinced therefore that you mean to do us good by your Proposal, and we thank you heartily. But you who are wise must know, that different Nations have different Conceptions of things; and you will therefore not take it amiss, if our Ideas of this Kind of Education happen not to be the same with yours.
Appears in 210 books from 1800-2007
Page 224 - This, then, must be the goal of any new national policy toward the Indian people : to strengthen the Indian's sense of autonomy without threatening his sense of community.
Appears in 64 books from 1888-2007
More
Page 224 - The first Americans — the Indians — are the most deprived and most isolated minority group in our nation. On virtually every scale of measurement — employment, income, education, health — the condition of the Indian people ranks at the bottom.
Appears in 63 books from 1970-2006
Page 210 - Indian occupancy, and enable those States to advance rapidly in population, wealth, and power. It will separate the Indians from immediate contact with settlements of whites; free them from the power of the States; enable them to pursue happiness in their own way and under their own rude institutions; will retard the progress of decay, which is lessening their numbers, and perhaps cause them gradually, under the protection of the (Government and through the influence of good counsels, to cast off...
Appears in 87 books from 1830-2008
Page 210 - The consequences of a speedy removal will be important to the United States, to individual states, and to the Indians themselves. The pecuniary advantages which it promises to the government are the least of its recommendations. It puts an end to all possible danger of collision between the authorities of the general and state governments, on account of the Indians.
Appears in 46 books from 1815-2008
Page 200 - We are however not the less obliged by your kind offer, though we decline accepting it; and, to show our grateful sense of it, if the gentlemen of Virginia will send us a dozen of their sons, we will take great care of their education, instruct them in all we know, and make men of them.
Appears in 296 books from 1800-2007
Page 175 - These Indian tribes are the wards of the nation. They are communities dependent on the United States.
Appears in 120 books from 1867-2008
Page 201 - It is cold and we have no blankets. The little children are freezing to death.
Appears in 117 books from 1877-2008
Page 179 - The right of taking fish, at all usual and accustomed grounds and stations, is further secured to said Indians in common with all citizens of the Territory...
Appears in 190 books from 1841-2008
Less

William N. Thompson is professor of public administration at the University of Nevada, Las Vegas, NV. His published works include ABC-CLIO's Legalized Gambling: A Reference Handbook and Gambling in America: An Encyclopedia of History, Issues, and Society. 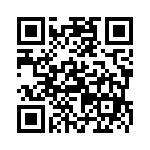