Page 11
“The same Jesus,” “and in like manner,” and they were not mistaken when they
announced His first coming.4 The Holy Spirit, by the mouth of the apostles, hath
repeatedly said He would come again." Is not such an event, stated upon such ...
Page 14
So likewise, whosoever inc be of you that forsaketh not all that he hath, he cannot
be my disciple. (22) Acts 10 : 42. And he commandeth us to preach unto the
people, and to testify that it is he which was ordained of God to be the Judge of ...
Page 15
And every man that hath this hope in him purifieth himself, even as he is pure. (28
) Eph. 5:26. That he might sanctify and cleanse it with the washing of water by the
Word. (29) 1 Thes. 5:23. And the very God of peace sanctify you wholly; and I ...
Page 21
He that believeth on me, as the Scripture hath said, out of his belly shall flow
rivers of living water. 39. (But this spake he of the Spirit, which they that believe
on him should receive : for the Holy Ghost was not yet given ; because that Jesus
was ...
Page 33
For then must he ofter. have suffered since the foundation of the world : but now
once in the end of the world hath he appeared to put, away sin by the Sacrifice of
himself. 28. So Christ was once offered to bear the sins of many ; and unto them ...
Next » 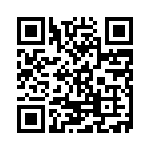