Thomas M. Greene is Frederick Clifford Ford Professor Emeritus of English and Comparative Literature, Yale University. Among his books are The Descent from Heaven, The Light in Troy, and The Vulnerable Text. 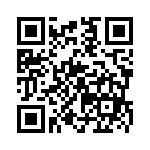