Bob's mother won Earth in a poker game, and gave it to Bob to get him out of her hair. He's a terrible God, lazy and selfish and foolish, but he does have flashes of brilliance. Luckily for Earth, he ... Read full review

I enjoyed reading this book--it wasn't laugh-out-loud funny, more like smirk, smirk funny. God is a teen-age boy, who created the world in six days, then got bored and went back to skirt-chasing, his ... Read full review 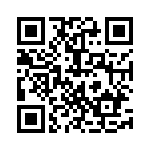