Page 47
Sir Richard married Catherine , daughter of Gildas O'Reilly , Lord of Cavan . The Paulstown Butlers married Irish wives and remained in the old Faith . His son , Sir Edmond of Pottlerath was the second owner .
Page 50
By an extract from the register of the diocese of Leighlin , re the will of Sir Richard Butler of Paulstown , who died 1678 ( probate 1680 ) , it appears that Sir Richard , in his will , left portions to his three daughters Ł 40 each ...
Page 53
By his wife Margaret , daughter of Hugh O'Neill , Earl of Tyrone , he had a son , Edmund , who became the 4th Viscount . The Viscounts McGarrett continued on through the years , till the present century . THE FLOOD FAMILY The Flood ...

13 other sections not shown 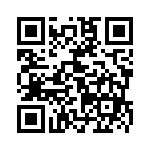