Page 7
Lycians , Lydians , Etruscans - they all came under the spell of Greek form ; and in most of the languages of the ... peoples who already possessed literatures before they met the Greeks – began to write in the Greek language .
Page 27
But the language is altogether too hyperbolic for such a political marriage , whose issue was , in fact , to be two daughters and then the husband deserting Octavia for Cleopatra . The language is indeed prophetic and the Messianic ...
Page 98
In they come , the vanquished peoples in long procession , as various in language as in dress and equipment . Here come the Nomads and the Africans in flowing robes , here the Lelegians and Carians and Gelonians with their bows and ...

Jasper Griffin is Professor of Classical Literature in the University of Oxford and Fellow of Balliol College. 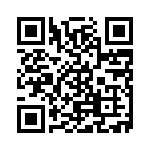