Try the new Google Books
Check out the new look and enjoy easier access to your favorite features
Try it now
Buy eBook - $60.00

John H. Cartwright is senior lecturer at the University of Chester, Chester, England and a historian of science.

Brian Baker, PhD, is senior lecturer in literature at the University of Chester, Chester, England and an authority on Anglo-American film and literature. 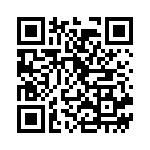