Michael von Albrecht studied music, Latin, Greek and Sanskrit at Stuttgart, Tubingen, and Paris (Ph.D. 1959, venia legendi 1963). Full Professor of Classics at the University of Heidelberg 1964-98. Guest professorships in the Netherlands and in the United States. German-Russian Cultural Prize 1991 for the edition of his father's musical works. Member of several academies and professional associations. Honorary doctor's degree (University of Thessaloniki) 1998. Numerous works on comparative literature (e.g. "Rom: Spiegel Europas" 2nd ed. 1998). Music and classics (e.g. "Masters of Roman Prose," English ed. 1988). His "History of Latin Literature" (Brill, 1997) was published in five languages. He is editor of several series of scholarly publications and co-editor of the "International Journal of Musicology." 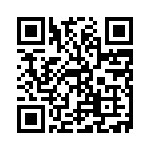