Page lx - I suppose Housman was really what people nowadays call 'homosexual,' [said Santayana)." "Why do you say that?" I [Cory] protested at once. "Oh, the sentiment of his poems is unmistakable, [Santayana replied]." There was a pause, and then he added, as if he were primarily speaking to himself, "I think I must have been that way in my Harvard days-although I was unconscious of it at the time.
Appears in 14 books from 1949-2007
Page xlviii - I don't believe that anything has really happened to alter our relations to one another which were always tacit and expressed in conduct rather than words. You now say more than you ever said to me, even in our young days, about being "attached to me"; you must have been, in some way which in spite of my cold-blooded psychology I don't pretend to understand. In that case, why drop me now, when certainly there has been no change on my side except that involved in passing from twenty to sixty? Let...
Appears in 10 books from 1955-2004

A gentle philosopher-poet, born and reared in Spain, educated at Harvard University and later professor of philosophy there, George Santayana resided in England, France, and Italy after 1914. At the beginning of World War II, he entered the nursing home in Rome managed by nuns known as the Blue Sisters and remained there until his death. His last book, The Poet's Testament (1953), contains a few unpublished lyrics, several translations, and two plays in blank verse. The title comes from the poem read at his funeral, which begins: "I give back to the earth what the earth gave/All to the furrow, nothing to the grave." Santayana wrote philosophy in an inimitable prose, enriched with imagery and metaphor. His meanings were always complex and often ironic. In this style, so untypical of the professionalized philosophy common in the English-speaking world during his lifetime, Santayana nevertheless articulated an epistemological critical realism and an ontology of essence and matter that drew the attention and admiration of philosophers and scholars. His first published philosophical book, The Sense of Beauty (1896), was an important contribution in aesthetics, a classic text that is still in use. His multivolume work The Life of Reason expresses his naturalistic philosophy of history and culture. It states the essence of his attitude toward nature, life, and society. Scepticism and Animal Faith (1923) presents his theory of knowledge and also serves as an introduction to his system of philosophy, Realms of Being (1927--40). The titles of the separate volumes of this remarkable work, now out of print, reveal the lineaments of his system: Realm of Essence (1927), Realm of Matter (1930), Realm of Truth (1937), and Realm of Spirit (1940). His ideas were "popularized" in his only novel, The Last Puritan, which became a surprise bestseller overnight. According to the New York Times, "He came into a changing American scene with a whole group of concepts that enormously enriched our thinking. He gave a moving vitality to what had often been obscure abstractions . . . he made the whole relationship of reason and beauty, each to the other, come alive and stay alive." Although Santayana's Complete Poems (1975) is out of print, several volumes of his poetry are available and are listed below. Publication of The Complete Works of George Santayana, under the general editorship of Herman J. Saatkamp, Jr., is in progress. Conforming to the guidelines of a critical edition, The Complete Works is a long-range multivolume project of which a few volumes have already appeared to critical acclaim.

Herman J. Saatkamp, Jr., is Head of the Department of Philosophy and Humanities at Texas A&M University. 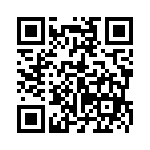