Page 1
SATIRICAL SONGS AND POEMS ON COSTUME. SONG UPON THE TAILORS,
THis very curious Song is here reprinted with its translation, from Mr. Wright's
Political Songs of England, from the reign of John to that of Edward II, which
forms ...
Page 203
L. A SONG ON A DRESSING FOP. THIs song is by Tom D'Urfey, and was set to
music by Dr. Croft, and sung in the third act of his comedy called The modern
Prophets; or, New Wit for an Husband, (quarto, 1709). The Companion to the ...
Page 226
THIs excellent sample of Highland courtship, including an inventory of articles
then considered as desirable for personal adornment, is given from Herd's
Ancient and Modern Scottish Songs, vol. ii, p. 161, Edinburgh, 1776. The first
edition was ...

29 other sections not shown 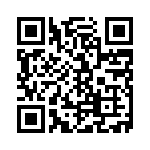