Page 74
William Gifford, Sir John Taylor Coleridge, John Gibson Lockhart, Whitwell Elwin,
William Macpherson, Sir John Murray IV, William Smith, Rowland Edmund
Prothero (Baron Ernle). Art . 5. - ZIONISM AND THE JEWS . 1. Jewish Life in
Modern ...
Page 75
classes in Central and Western Europe , and in the southeast of the continent the
Jewish element is conspicuous . There is , asserts Sir Peter Chalmers Mitchell , a
great admixture of Jewish blood among the modern Turks . With the memory of ...
Page 77
compensatory justice , Christians were forbidden to obtain treatment from Jewish
physicians . ' Had there been no persecutions , had the ghetto never been
invented , it is possible that the Jews would have been assimilated and have lost
their ... 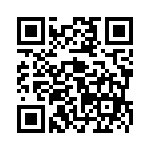