A police officer with 39 years’ service, David J. McInerney, PhD, served as Head of the Garda National Diversity Unit from 2001 to 2019, and pioneered the Garda Ethnic Liaison Officer concept in response to the dramatic increase in the non-Irish-born population growing from 3% in 2001 to 17% in 2016. He devised policy and strategy from working directly at the front-line policing level with Ireland’s diverse society. He also qualified as a mediator and human rights and anti-discrimination trainer in 1994, and was a consultant with the Office of the High Commissioner of Human Rights in Bosnia Herzegovina in 1998, developing and delivering human rights training to police from 42 nationalities. In addition, he qualified as an expert Hate Crime and Anti-Radicalisation Trainer in 2006. He was awarded a PhD from the Department of Sociology of University College Dublin in 2016. His thesis was entitled “Evaluating the role of Garda Ethnic Liaison Officers (ELOs): Do Garda ELOs develop positive relations with minority communities?” 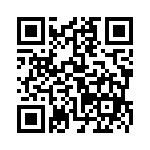