31 other sections not shown

Robert McKay Wilhelm is a professor of Classics at Miami University in Oxford, Ohio. His specialties include Latin literature, Vergilian studies, classical mythology, and Greek and Roman art and archaeology. He earned his Ph.D. from The Ohio State University.

A professor of Classics at McMaster University, Howard Jones is the author of several books including Pierre Gassendi: An Intellectual Biography and The Epicurean Tradition. He received his Ph.D. from Indiana University. 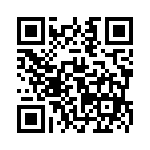