"Earlier Christian groups (including, or even especially, the Johannine one) distinguished themselves from non-Christian Jews not theologically, but only in their association of various Jewish ... Read full review

There were no characteristics or features that could be described as uniquely Jewish or Christian in late antiquity. Rather, Jesus-following Jews and Jews who did not follow Jesus lived on a cultural ... Read full review

Daniel Boyarin is the Taubman Professor of Talmudic Culture in the Departments of Near Eastern Studies and Rhetoric at the University of California, Berkeley. He is the author of Dying for God: Martyrdom and the Making of Christianity, Judaism and A Radical Jew: Paul and the Politics of Identity, and other books. 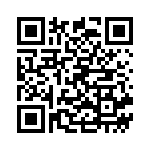