The tragical history of Hamlet prince of Denmark

The big H comes to Penguin's great revamped "Pelican Shakespeare" line. What else do you need to know? Buy it! Read full review

No one can mess with Hamlet... Read full review

Paul Gross, OC, is a Canadian actor, producer, director and writer known for his lead role in TV series Due South and Slings and Arrows, as well as the 2008 film Passchendaele. In 2000, he played the lead role in Hamlet at the Stratford Festival.

Daniel Fischlin is University Research Chair and Full Professor of English and Theatre Studies at the University of Guelph. 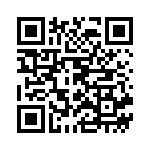