Review: For the Prevention of Cruelty: The History and Legacy of Animal Rights Activism in the United States

Despite being a very narrow area, well-written and really amde me think. Read full review

Diane L. Beers is an associate professor of history at Holyoke Community College, where she teaches social, environmental, and African American history. 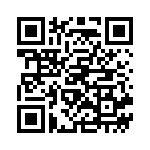