Page xiii - I attribute to a false system of education, gathered from the books written on this subject by men who, considering females rather as women than human creatures, have been more anxious to make them alluring mistresses than affectionate wives and rational mothers; and the understanding of the sex has been so bubbled by this specious homage, that the civilized women of the present century, with a few exceptions, are only anxious to inspire love, when they ought to cherish a nobler ambition, and by...
Appears in 68 books from 1812-2007

Jennifer Hayward is Associate Professor of English at the College of Wooster and the author of Consuming Pleasures: Active Audiences and Serial Fictions from Dickens to Soaps, a Choice Magazine Outstanding Academic Book selection of 1998. 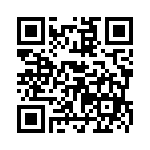