This is the third book by Fallada I have read following on the heels of [Every Man Dies Alone] (or Alone in Berlin) and [The Drinker]. I have enjoyed every single one. Kudos has to be given to the ... Read full review

This novel is usually presented as a sympathetic portrait of struggling common people in the economic depression of the early 1930s. Much of it still rings true. What struck me, however, was the ... Read full review

Hans Fallada is a pseudonym of Rudolf Ditzen, who was born in Greifswald, Germany, in 1893. Many of Fallada's works, including the posthumously published The Drinker, were about his life, which was rife with addictions and instability. Another subject of his works was his homeland Germany. Earlier works, including international bestseller Little Man, What Now?, show a Germany that would allow itself to become a Nazi nation under Hitler. Later works deal with the aftermath and guilt of this decision. He died on February 5, 1947, in Berlin. 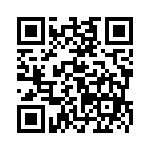