GAIL M. SCHWAB is Associate Professor of French at Hofstra University. She has published on Flaubert and the feminist philosopher Luce Irigaray.

JOHN R. JEANNENEY is Associate Professor of History at Hofstra University. His publications are focused on the history of European public policies of natural resource management. 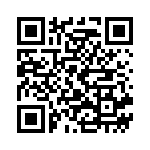