Page 2809
It shall consist of the conservation commissioner , the superintendent of public
works and [ five ] eight members to be appointed by the governor , by and with
the advice and consent of the senate ; provided , however , that the conservation
...
Page 3141
Except as hereinafter provided , a vacancy in an elective county office , shall be
filled by the governor by appointment and for the [ offices of county judge , special
county judge , surrogate , special surrogate and ] office of sheriff with the advice ...
Page 3610
AN ACT to amend the public authorities law , in relation to the number of
members and qualifications thereof of the board of the Niagara Frontier port
authority Became a law April 24 , 1962 , with the approval of the Governor .
Passed , by a ... 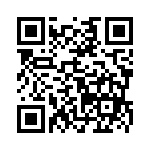