James W. Hall was born in Hopkinsville, Kentucky. After graduating from Eckerd College in Florida and earning additional degrees from John Hopkins University and the University of Utah, He began to write poetry. Among his published books of poetry are The Lady from the Dark Green Hills, The Mating Reflex, and False Statements. Following his successful 20-year career as a poet, he decided it was time to switch gears and try his hand at writing fictional crime novels. He published his first novel, Under Cover of Daylight, in 1987. Since then he has written over 15 novels including the Thorn Mysteries series, Bones of Coral, Hard Aground, Rough Draft, and Forests of the Night. Several of his novels have been optioned for film and he has written screenplays for two of those projects. He is a professor of literature and writing at Florida International University. 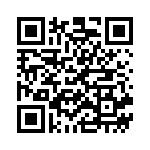