Page 95
It was intended that the Irish legal code would follow closely that of England . The
relationship between the law in England and Ireland was , however , a complex
one . Not all the legislation which was passed in the English parliament was ...
Page 96
Secondly , the common law courts were not the only legal forums in early modern
England . Ecclesiastical , manor , borough and equity courts also formed part of
the English legal system . The equity courts , in particular , have been noted as ...
Page 211
Women and the law in Elizabethan England with particular reference to the Court
of Chancery ( New York and London , 1985 ) . Clanchy , M . T . , From memory to
written record . London , 1979 . Clarke , D . , ' African temptresses and Roman ... 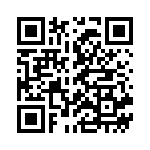