Page 17
As it was , the offensive had already slackened before the fall of the
Commonwealth , and Charles II inherited a kingdom in which the great majority of
the population , perhaps three - quarters , were Catholics . With his return ,
secular and ...
Page 105
This chapter will begin with the last of these options , examining the relationship
between the kingdoms of Ireland and ... Ireland , it was claimed , had been
constituted in the Middle Ages as a separate kingdom belonging to the English
crown ...
Page 106
England : and within itself , and in those matters where itself is only concerned ,
has all the courts , powers and jurisdictions which belong to the kingdom of
England , as a kingdom . ” Jonathan Swift , a few years later , dismissed the idea
that ...

An excellent work of thematic history, covering class, politics, religion, law and order, and the Pensl Laws. Excellent discussion on the extent to which Catholics were a threat. Read full review 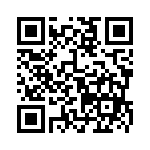