Page 38
I have suggested that it was probable that Joffre had heard from Gallieni that our
headquarters was hesitating . To clinch the matter , Joffre , on Sept . 5 , came to
see Sir John French . General Spears ' account of that historic interview is one of
...
Page 129
But besides these and other factors , or in spite of them , it may be suggested that
, as in other industries or in commerce , advancement was due partly to
opportunity , but chiefly to individual character , which gradually influenced the
whole ...
Page 284
It may perhaps be said that the idea , once suggested , is obvious enough — the
first lovely bars of the night - bird ' s evening hymn as a close to the day ' s work or
play . Yes , and largely because it is obvious , once suggested , is it beautiful . 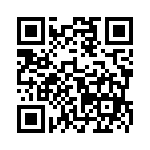