Shields uses facts and statistics to distance himself from the emotions he feels about his father. Interspersed stories about their lives show the competitiveness he feels toward him. He also tries to show how closely sex and death are tied together. Not a very rewarding read. Read full review

This is an unusual book. The author combines myriads of statistics related to human physiological development with reminiscences and current stories about his father. He even includes some stories ... Read full review

Page 7 - The cradle rocks above an abyss, and common sense tells us that our existence is but a brief crack of light between two eternities of darkness.
Appears in 93 books from 1941-2008

DAVID SHIELDS is the author of eight previous books, including Black Planet: Facing Race during an NBA Season (a finalist for the National Book Critics Circle Award), Remote: Reflections on Life in the Shadow of Celebrity (winner of the PEN/Revson Award), and Dead Languages: A Novel (winner of a PEN/Syndicated Fiction award). A senior editor of Conjunctions, Shields has published essays and stories in dozens of periodicals, including The New York Times Magazine, Harper's Magazine, Yale Review, Village Voice, Salon, Slate, McSweeney's, and Believer. He teaches at the University of Washington and lives in Seattle with his wife and daughter. 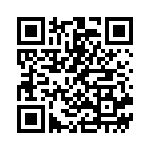