Hard-boiled detective story set in a fantasy which draws heavily on the Arthurian legend. Eddie LaCrosse, is a mercenary who gets caught up in a power play in a foreign kingdom. Instead of playing out ... Read full review

Catching a cheating husband wasn't any big thing. At least not until sword for hire Eddie LaCrosse made the mistake of standing over a freshly poisoned knight. Now he has a castle full of suspects and ... Read full review

ALEX BLEDSOE is the author of two previous Eddie LaCrosse novels, The Sword-Edged Blonde and Burn Me Deadly. 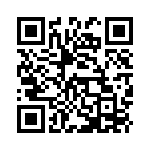