James Allen is the lead commentator for ITV's Formula 1 coverage. He has worked in the sport as a journalist and broadcaster since 1990. James replaced Murray Walker as the voice of motorsport in 2001 and, through his extensive work for the Financial Times, has established himself as one of the most authoritative writers in Formula 1. 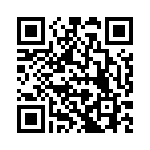