Page 38
51 In one of the early prophecies , The Omen of the Dragons , first told by
Nennius , a white dragon , representing the Saxons , fights with a red dragon who
represents the Britons . After William the Conqueror come two more dragons -
William ...
Page 71
quills Returne to England , The First Parte of Pasquils Apologie , and An Almond
for a Parrat , represent Martin and the ... in Strange Newes , represents Gabriel
Harvey as having “ put on wolues raiment already , seduced manie simple peo ...
Page 73
Greene , in A Quip for an Vpstart Courtier , calls usurers “ Cormorantes ” and
represents a farmer as “ a Cormorant of the common wealth , and a wretch that
liues of the spoile of the needy , " 254 one of those " very Cormorants of the
Country ... 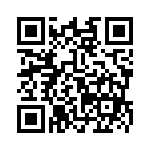