Tetyana Lokot is an Associate Professor in Digital Media and Society in the School of Communications at Dublin City University. 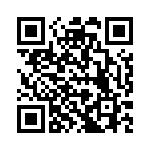