Collects fifteen important essays by one of the most prominent scholars of Shakespeare studies. Humanities at Stanford. Among his many publications are Impersonations: The Performance of Gender in Shakespeare's England, The Illusion of Power, Inigo Jones (with Sir Roy Strong), and The Jonsonian Masque. He has published numerous editions of Shakespeare, Jonson, and Marlowe, and is the general editor of the New Pelican Shakespeare 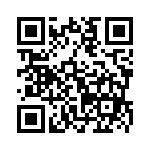