Page 36
Closely akin to the animal satire is the political poem , which drew its animal
symbolism almost entirely from heraldry . This kind of verse , which expressed the
national unrest in England at different times during the century and a half
following ...
Page 37
The poem points out that Edward III , represented by the boar and the leopard ( “
Tertius Edwardus , aper Anglicus et leopardus ... 36 The boar as the symbol for
Edward is used also by one of the chief poets of his reign , Lawrence Minot , in
his ...
Page 60
Stephen Gosson , in his School of Abuse ( 1579 ) , attacks " the whole rabble of
poets , pipers , players , jugglers , jesters and dauncers , " whose doings are "
abuses " such as he has read of “ in Rome . ” Such , he says , are " the
caterpillers ... 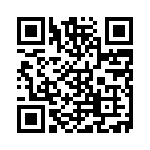