It's not one of my favourites and it didn't blew me away, and also I didn't cry with fat tears or I had to put it down because I was so overwhelmed by emotions; as other dozens people say. Yes, it's ... Read full review

“Stories are wild creatures, the monster said. When you let them loose, who knows what havoc they might wreak?” I loved this book.. It was beautiful but yet so heartbreaking with gorgeous ... Read full review

Patrick Ness was born on October 17, 1971 near Fort Belvoir, Virginia. He studied English Literature and is a graduate of the University of Southern California. He was a corporate writer before moving to London in 1999. He taught creative writing at Oxford University and is a literary critic and reviewer for the Guardian and other major newspapers. He is the author of eight novels including The Rest of Us Just Live Here and a short story collection entitled Topics About Which I Know Nothing. His young adult novels include the Chaos Walking trilogy, More Than This, and Monsters of Men, which won the Carnegie Medal. A Monster Calls won the Kate Greenaway Medal for illustration, the Carnegie Medal, and was made into a movie and released in October 2016.

Siobhan Dowd was born on February 4, 1960. She received a degree in Classics at Lady Margaret Hall, Oxford University and an MA with Distinction in Gender and Ethnic Studies at Greenwich University. After a short stint in publishing, she joined the writer's organization PEN. Initially she was a researcher for its Writers in Prison Committee, but eventually she became Program Director of PEN American Center's Freedom-to-Write Committee in New York City. After seven years, she returned to the United Kingdom and co-founded an English PEN's readers and writers program, which takes authors into schools in socially deprived areas, as well as prisons, young offender's institutions and community projects. She has written novels, short stories, columns and articles, and edited two anthologies. Her first novel, A Swift Pure Cry, was published in March 2006 and won the Eilis Dillon award in Ireland for a first-time children's author and the Branford Boase Award. Her other novels are The London Eye Mystery, which won NASEN/TES Special Educational Needs Children's Book Award, Bisto Book of the Year prize, and Salford Children's Book Award; Bog Child; and Solace of the Road. She died of breast cancer on August 21, 2007 at the age of 47. Before her death, she set up the Siobhan Dowd Trust, where all the proceeds from her literary work will be used to assist disadvantaged children with their reading skills. 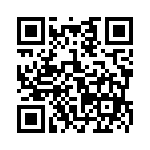