Page 51
The visit to London was delayed until March 20 , 1781. It lasted until June 2 ,
when Boswell returned to Scotland , and Johnson accompanied him as far as
Shefford . His first letter of the New Year , 1782 , was to Boswell , although his
health ...
Page 52
Yet in the same month , Boswell wrote that he was on his way to London , but
was compelled to turn home on account of the dissolution of Parliament and his
intention of becoming a candidate . Johnson approved , and it was not until May
5 ...
Page 56
In April 1763 , when Boswell began his career in London , he came in some style
, with a servant , both mounted , he wearing ' a cocked hat , a brown wig , brown
coat made in Court fashion , red vest , curduroy small clothes , and long military ... 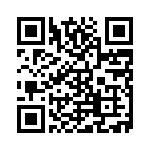