For the last 28 years, James Hall has taught literature and creative writing at Florida International University. His acclaimed novels include Red Sky at Night, Under Cover of Daylight, Body Language and Rough Draft.

‘James Hall is the master of suspense... his writing runs as clear and fast as the Gulf Stream waters.’ New York Times Book Review 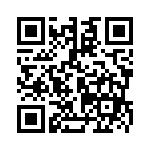