William Congreve was born in Bardsey Grange, England on January 24, 1670. He attended Trinity College, Dublin, and was admitted to the Middle Temple to study law. He completed his first play, The Old Bachelor, in 1690. He became associated with John Dryden, collaborating with him on translations of the satires of Juvenal and Persius in 1693. His other plays include Love for Love, The Way of the World, and The Mourning Bride. He died on January 19, 1729. 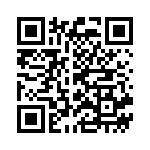