Paul Bishop is Professor of German at the University of Glasgow. His previous publications include Jung's 'Answer to Job': A Commentary (Routledge, 2002) and the edited collection Jung in Contexts: A Reader (Routledge, 1999). 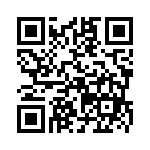