Page 12
For unto us a child is born, unto us a son is given : and the government shall be
upon his shoulder : and his name shall be called Wonderful, Counsellor, The
Mighty God, The Everlasting Father, The Prince of Peace. 7. Of the increase of his
...
Page 14
Because he hath appointed a day, in the which he will judge the world in
righteousness by that man whom he hath ordained ; whereof he hath given
assurance unto all men, in that he hath raised him from the dead. (23) 1 Thes. 1:9
. For they ...
Page 21
(But this spake he of the Spirit, which they that believe on him should receive : for
the Holy Ghost was not yet given; because that Jesus was not yet glorified.) (2)
Gal. 4:24. Which things are an allegory : for these are the two covenants ; the one
...
Page 27
But they which shall be accounted worthy to obtain that world, and the
resurrection from the dead, neither marry, nor are given in marriage : 36. Neither
can they die any more : for they are equal unto the angels ; and are the children
of God ...
Page 29
And white robes were given unto every one of them ; and it was said unto them,
that they should rest yet for a little season, until their fellow servants also and their
brethren, that should be killed as they were, should be fulfilled. (12) 1 Cor. 4:5.
Next » 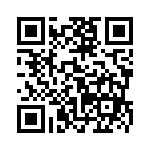