Arthur Kirsch, Alice Griffin Professor of English Emeritus at the University of Virginia, is the editor of Auden's Lectures on Shakespeare (Princeton). 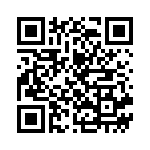