Page
S2 Who immediately took soldiers and centurions , and ran down unto them : and
when they saw the chief captain and the soldiers , they left beating of Paul . 33
Then the chief captain came near and took him , and commanded him to be ...
Page
30 On the morrow , because he would have known the certainty wherefore he
was accused of the Jews , he loosed , him from his bands , and commanded the
chief priests and all their council to appear , and brought Paul down , and set him
...
Page
1 captain , fearing lest Paul should have been pulled in pieces of them ,
commanded the soldiers to go down , and to take him by force from among them ,
and to bring him into the castle . 11 And the vight following the Lord stood by him
, and ...
Page
26 He hoped also that money should have been given him of Paul that he might
loose him : wherefore he sent for him the oftener , and communed with him . 27
But after two years Porcius Festus came into Felix ' room ; and Felix , willing to ...
Page
24 And as he thus spake for himself , Festus said with a loud voice , Paul , thou
art beside thyself ; much learning doth make thee mad . - 25. But he said , I am
not mad , most noble Festus ; but speak forth the words of truth and soberness . 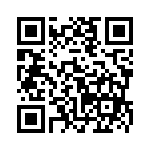