Page 404
ment he uttered , ' We are as near to heaven by sea as by land , " appeared on the stamp . Colonized in 1610 , Newfoundland indicated the 300th anniversary of that event in eleven stamps , one of which portrayed John Guy , the merchant ...
Page 406
Christopher Columbus , one of the most familiar of world stamp personalities , has been commemorated on stamps from several of the British West Indies territories , including St Kitts , Jamaica , Grenada , Trinidad , and the Bahamas .
Page 407
When the 1955 Union Covenant Celebrations were held in the Natal capital , Pietermaritzburg , a stamp bearing the ... None of the stamps carried his effigy , but several designs , symbolizing freedom , showed a slave discarding his ... 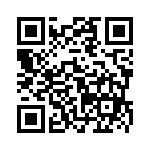