Page 1370
Unless the board , by majority vote , shall sustain the objection , the chairman , or
if he refuse , another inspector shall endorse upon the envelope the objection
and the words " not sustained , ” shall sign such endorsement , and shall open
the ...
Page 1719
CHAPTER 788 Corporation AN ACT to amend the stock corporation law , in
relation to voting of stock by trustees of inter vivos trusts who disagree Became a
law April 18 , 1956 , with the approval of the Governor . Passed , by a majority
vote ...
Page 1862
At the close of the polls , such inspectors shall canvass the vote and make and
certify returns thereof in triplicate . One of ... If a majority of the votes cast at the
election so held in such town as aforesaid , shall be in the affirmative , the
territory ... 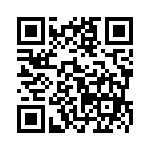