Page 220
... of residence , if any , for any period exceeding another the space of three
months together , or to be accounted at several benefice . times in any one year ,
he shall , when such absence shall exceed three months and not exceed six
months ...
Page 245
c . collated , instituted , or licensed to such benefice , provided such within six
notice be given within six months from the time of such weeks or six admission ,
collation , institution , or licence ; and in all other cases months , as the it shall be
...
Page 251
... Act the months therein named Calculation of shall be taken to be calendar
months , except in any case in which months and any month or months are to be
made up of different periods less parts of than a month , and in every such case
thirty ... 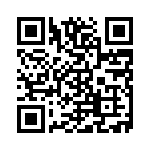